To quote Miranda Hart, “previously in my life”, I went on a road trip through the north of England and up to Edinburgh. As I discovered, the Brits love Miranda. Other things they love: Christmas decorations, Ed Sheeran (his “Perfect” being on repeat made up for “Last Christmas” also being on repeat), gin, mince pies, rhubarb, museums, comedy panel shows and heritage everything. This, happily, is a list of things I enjoy, so it was good news for me that I got to take another road trip. After two weeks exploring from Wing up to Edinburgh and back, I went to explore the southern part of the country- Oxford, Bath, Cornwall and Hampshire- with a quick day trip to Wales thrown in. I’ve treated this as a separate trip as I had days in between with family, so have numbered accordingly. If you want a quick overview of the whole trip, my itinerary can be found here.

Days 1- 3- Oxford: I got a bus to Oxford to reduce my car hire time, plus I’d been to Oxford a couple of times and knew I wouldn’t need to drive. There were plenty of other places I could have visited for the first time, but I love Oxford and happily went back. Like York, I feel like Oxford has a comfortable sort of vibe. Plus, like Cambridge, they charge me student prices even after I tell them I’m not a student. I took a walking tour, visited the botanical gardens and Magdalen College and went to the Bodleian Library, which had an exhibition with old manuscripts and pieces of writing. From my previous trips to Oxford I can also recommend visiting Christ Church College, especially if you like seeing a sneaky Harry Potter movie location.

It was here that I met someone at a church service- they happened to sit next to me and had not only gone to the same uni as me in Perth, but also lived at the same residential college. #perthed She kindly invited me to have dinner with her the next day as I was travelling alone, so we visited the Eagle and Child, home to the Inklings- Lewis and Tolkien’s crew- before which I arranged to visit more family there. I can highly recommend having mulled wine in Lewis’ old haunt, as well as making an effort to meet new people, even if you’re a fellow introvert and it really is an effort. 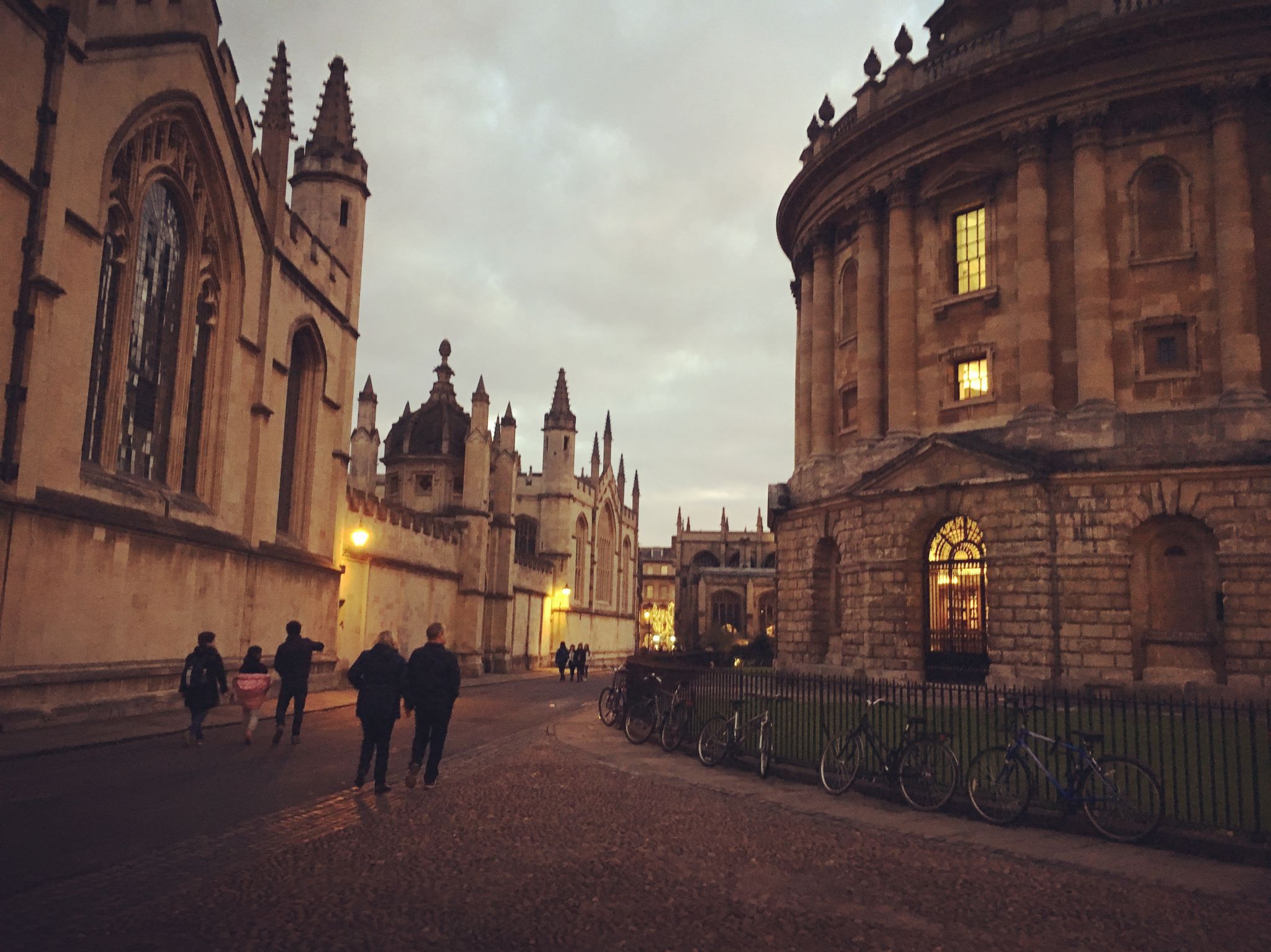 Day 3- The Cotswolds: I hired a car from Oxford and drove to Bath via the Cotswolds, pretty much because I kept seeing Instagram posts claiming they had they most beautiful villages in the UK, and I could see why. I stopped at Castle Combe and even in the rain it was a charmer. I drove through another town on the way; there are lots of beautiful villages that I’d already visited, but I think the neatness of the buildings, their clean streets and the attention to keeping gardens and old signs maintained is what has given the area its reputation. 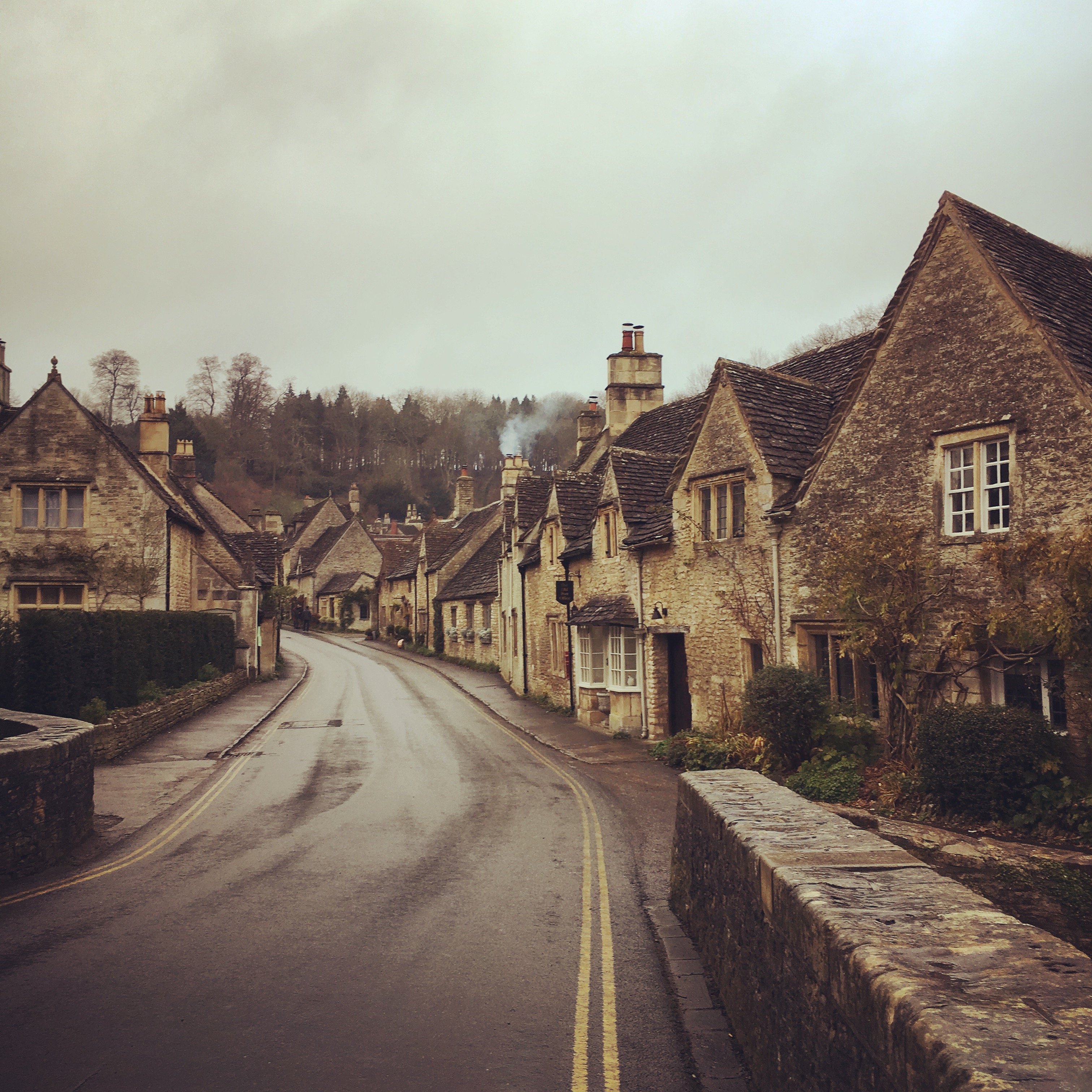 Castle Combe in the Cotswolds

Days 3-5- Bath: My arrival in Bath wasn’t the most auspicious. I missed lunch while driving through the Cotswolds so was already getting hangry, then took a wrong turn and had to drive through hilly farm land in the dusk to get to Bath, only to find the Christmas markets were causing a traffic jam, then managed to eventually find my way to my Airbnb where the host was out and I struggled to unlock the door. Bath itself, however, more than made up for it the next day. It’s a beautiful town and I found another good coffee. I didn’t visit all the museums, but I gave it a good shot: the Jane Austen museum, Number 1 Royal Crescent, the Assembly rooms and the Bath pump house with Roman ruins, plus the Abbey. This was an expensive museum day, no freebies there, but all were worth it. (NB: I am a pretty fast walker- for a short person- and tend to skip museum exhibits if they don’t take my fancy so five destinations in one day was probably more than the recommended intake.) Also, Bath had my favourite Christmas markets after Edinburgh and has beautiful architecture. I caught up with another friend here, so this trip was not quite as solo as the first, which I appreciated. The next day I wandered to the Sydney St Gardens, apparently one of Austen’s favourite jaunts, before heading off to Cornwall. 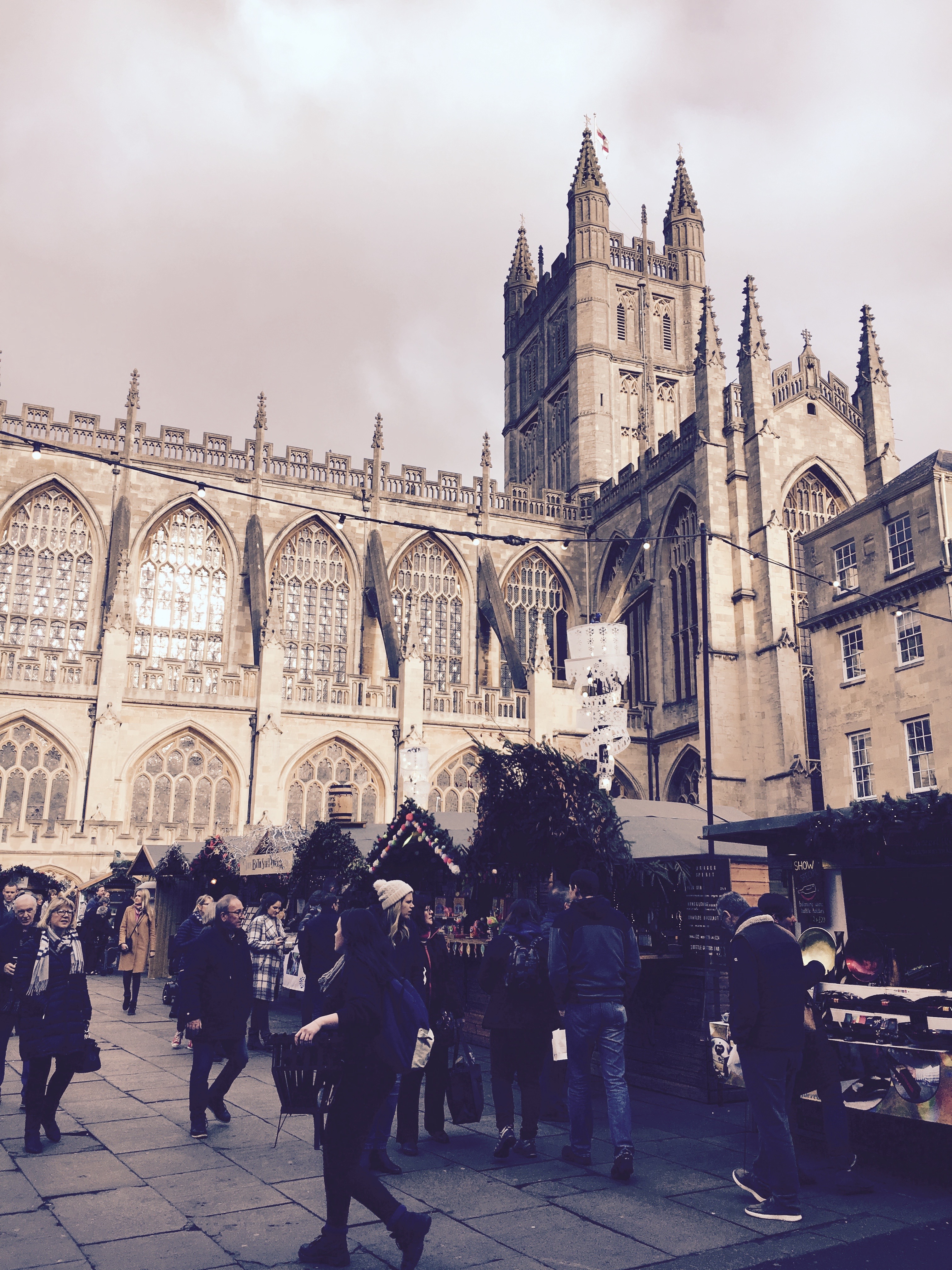 Day 5- Wales: I wasn’t originally going to go to Wales, it not being on my way anywhere but, in the spirit of doing as much as possible, I took a day trip there before heading to Cornwall. If you are also road tripping, do note that I’m used to driving a lot- hello, isolation- but I still found this tiring, so I probably would leave this stop out if I did the trip again, much as I love Wales. But I did get to revisit one of my favourite places, Tintern Abbey. I went here when I was on exchange and loved it; the ruins of an old Abbey in the Welsh countryside was like nothing I’d ever seen before. This love was continued when I got back to Australia and read Wordsworth’s “Tintern Abbey” for a poetry unit and found it so accurately described my feelings about how I’d changed while away. It’s quite close to the border so doesn’t take long to get to if you do want to add this trip. 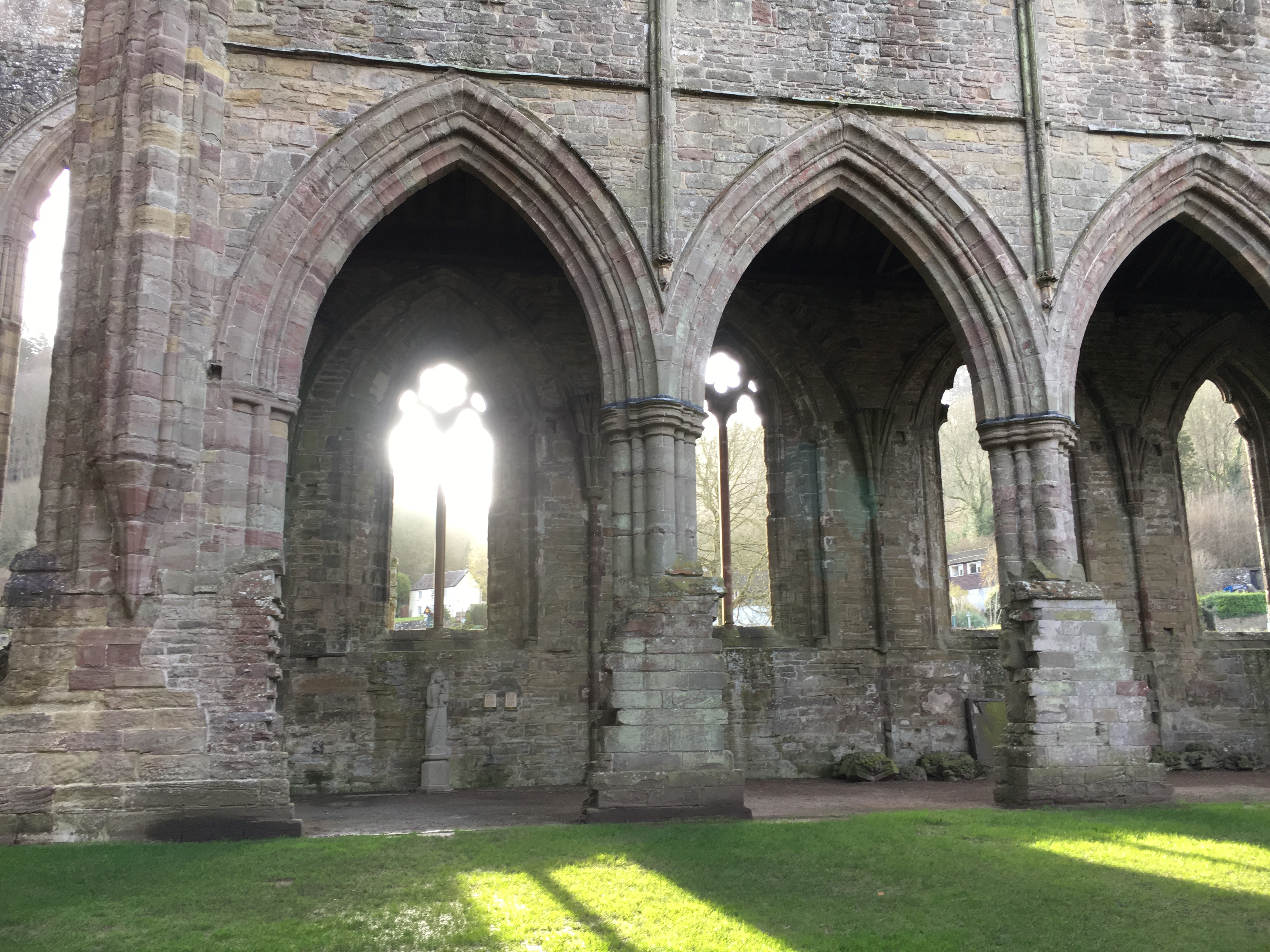 Days 5-7- Cornwall: Ah, Cornwall. When I was a kid I’d read the travel section of the newspaper and cut out pictures of the places I wanted to go to put them on my pin up board, as all good 90s kids did; Cornwall featured there for a long time (I am now realising that my future travel plans may have just been due to the preferences of the travel editor). I stayed in Newquay and never in my life have I experienced such gusty weather. I could hardly get out of the car, which I was sure would be blown away in the night. Thankfully, however, it was not, so I headed over to my poster town, St Ives. It was quite small and another difficult place to drive; I realised later I should have used the public car park and walked or bussed it in. I loved getting to hang out by the sea for a few hours though. I walked along the harbour before visiting small art galleries and making it back to Newquay before the hail set in. The next day I walked around Newquay but didn’t get much time there. I can see how it’s popular in summer, but I had the last leg of my road trip to complete.

Days 7-11- Hampshire: My road tripping finally came to an end in Hampshire. I was staying in a small village with more family so was there for several days, visiting relatives, seeing a nativity play, going to the most Christmassy pub in all of England and fielding questions from my young cousins about Australia (do we speak English? Do we have clean drinking water?) It was a cosy time, helped by the fact that it snowed again, although this had the downside of not being able to visit other relatives in the countryside. Plus I had to drive through the snow to return my hire car, which was nerve-wracking but I was very brave about (read: my aunt had to keep soothingly tell me that it wasn’t that far now). Overall though, it was a lovely time, and I was really grateful to have had breaks where I could stay with family and get the comforts of home for a while. There’re plenty of lovely walks and villages to explore around Hampshire but they didn’t feature too heavily this time around. 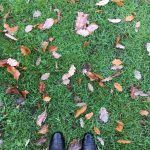 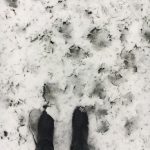 From Hampshire I went to London for five days, which needs a post in itself so that will be coming next. This road trip taught me several things: Public transport is a better option for the south, travelling alone means you get to spend as long or as short a time at museums as you want, getting out of your comfort zone can lead to fun experiences and British school nativities are as adorable as featured on Love Actually.