During my recent trip around the UK, I visited The North. Apparently it’s not possible to write this any other way; every road sign leaving Milton Keynes until I got up to Scotland announced that I was driving to The North. This was oddly intimidating, but that may have been first solo road trip nerves; combined with an unfamiliar environment. Last time I was in the UK I did a fair bit of sightseeing, but the only part of The North I saw was on the train to Edinburgh and back. That and the time I caught the train from Glasgow to Leighton Buzzard (long story involving the Icelandic ash cloud saga of 2010.)

Past misadventures aside, the main reason I decided to come back to England was to visit the areas I’d always heard of but never visited, such as the Peak District, Lake District and Yorkshire. Not wanting to be limited by a tour or public transport, I decided on a road trip. After all, they drive on the same side of the road, have similar rules and all the signs are in English. Plus, I’d heard that the process for dealing with a deer on the road is the same as a kangaroo, so how hard could it be? (Not hard, but the roundabouts continued to confuse me. And I learnt to drive in a town that only uses roundabouts, in place of traffic lights.)

This post I’ll focus on the northern part of my road trip, for a full itinerary, visit here.

When I first arrived in England, I stayed with relatives in the little village of Wing, which I can confirm is small enough not to get lost in but is large enough for a pleasant walk when one accidentally locks themselves out of the house. It’s also conveniently situated for day trips. 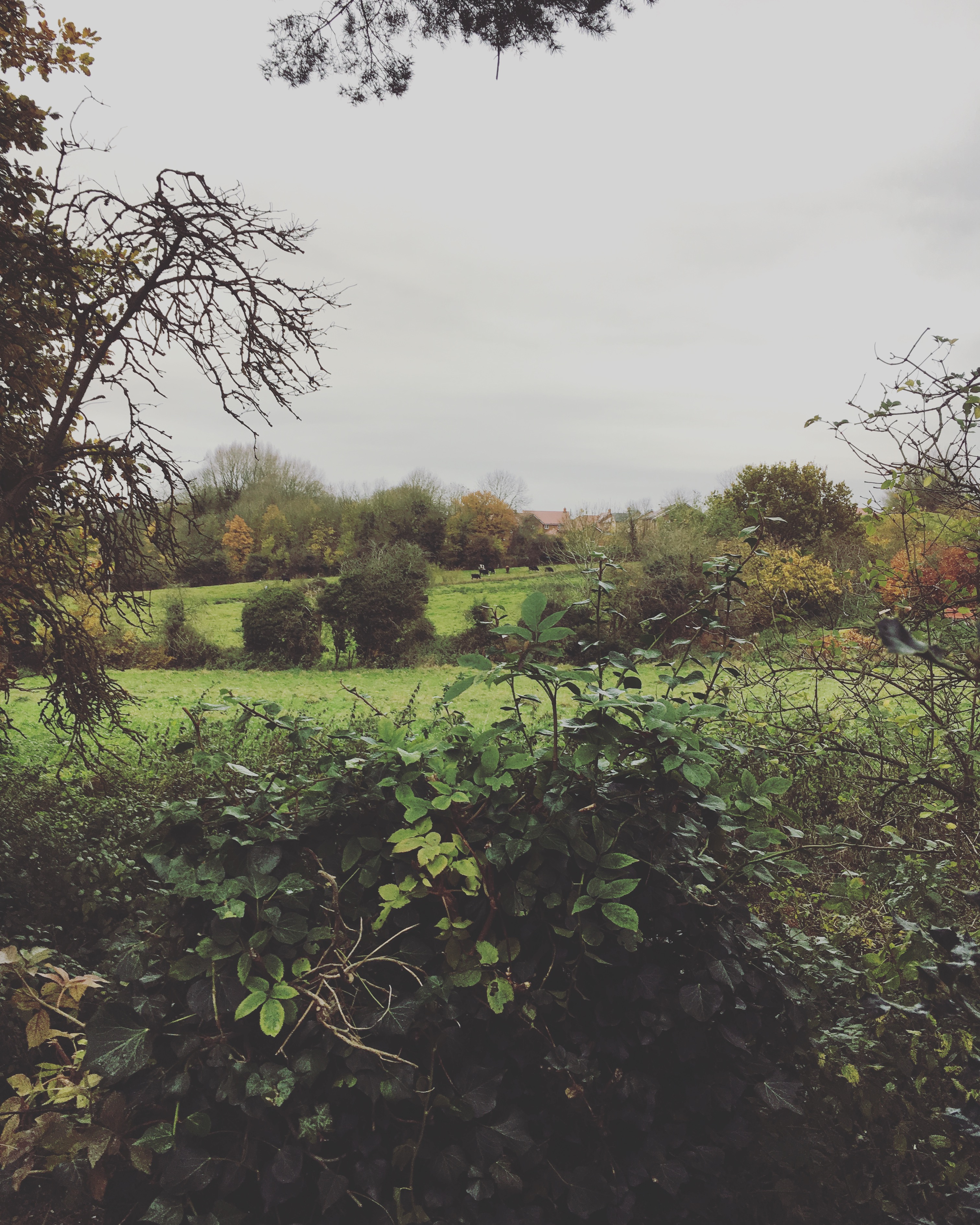 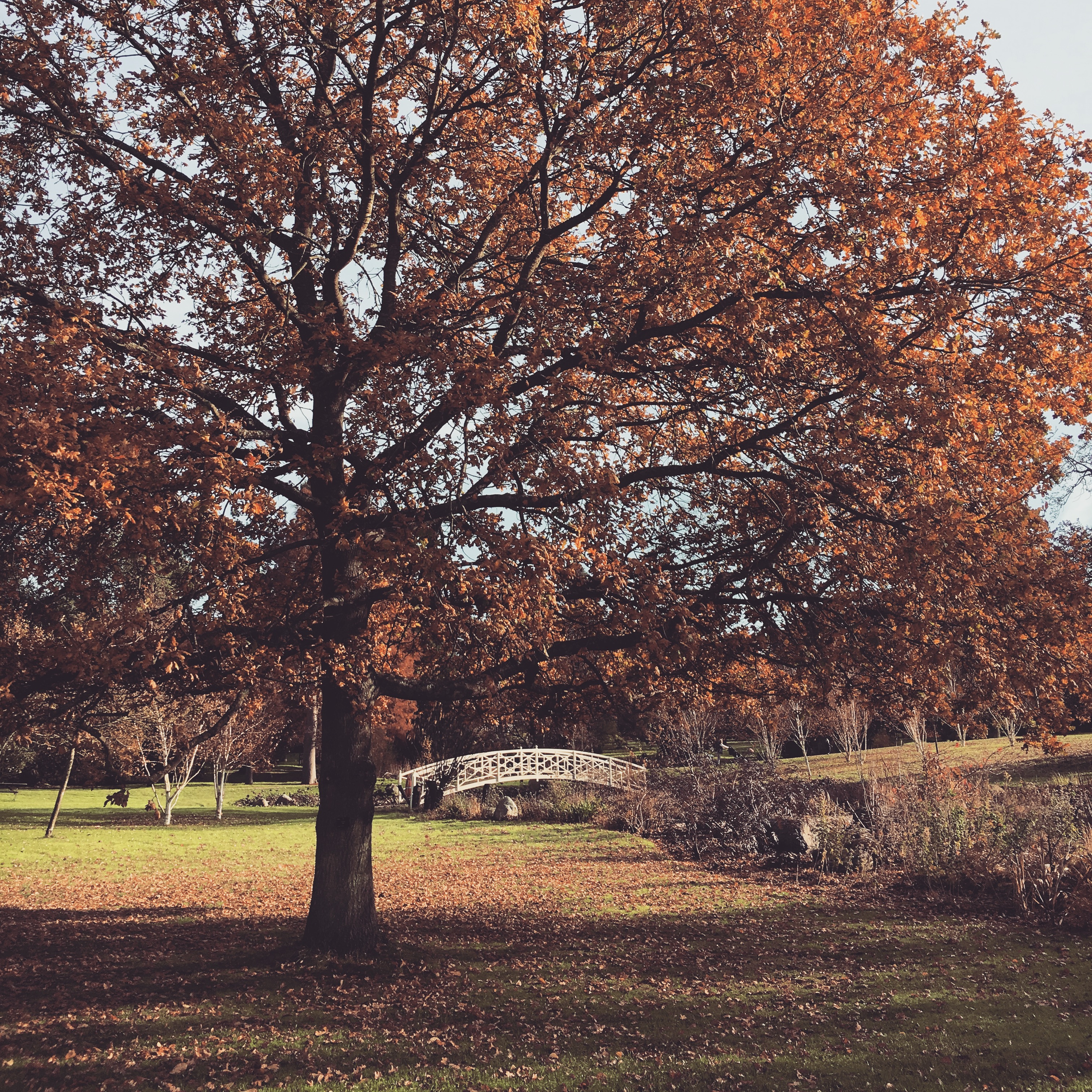 Harry Potter World: I was still pretty jet lagged when I visited so my enthusiasm was tampered, but there was a lot to see and they had decorated the model Hogwarts with snow and done the Great Hall up for Christmas. (Decorating for Christmas seems to be a national pastime in England.) 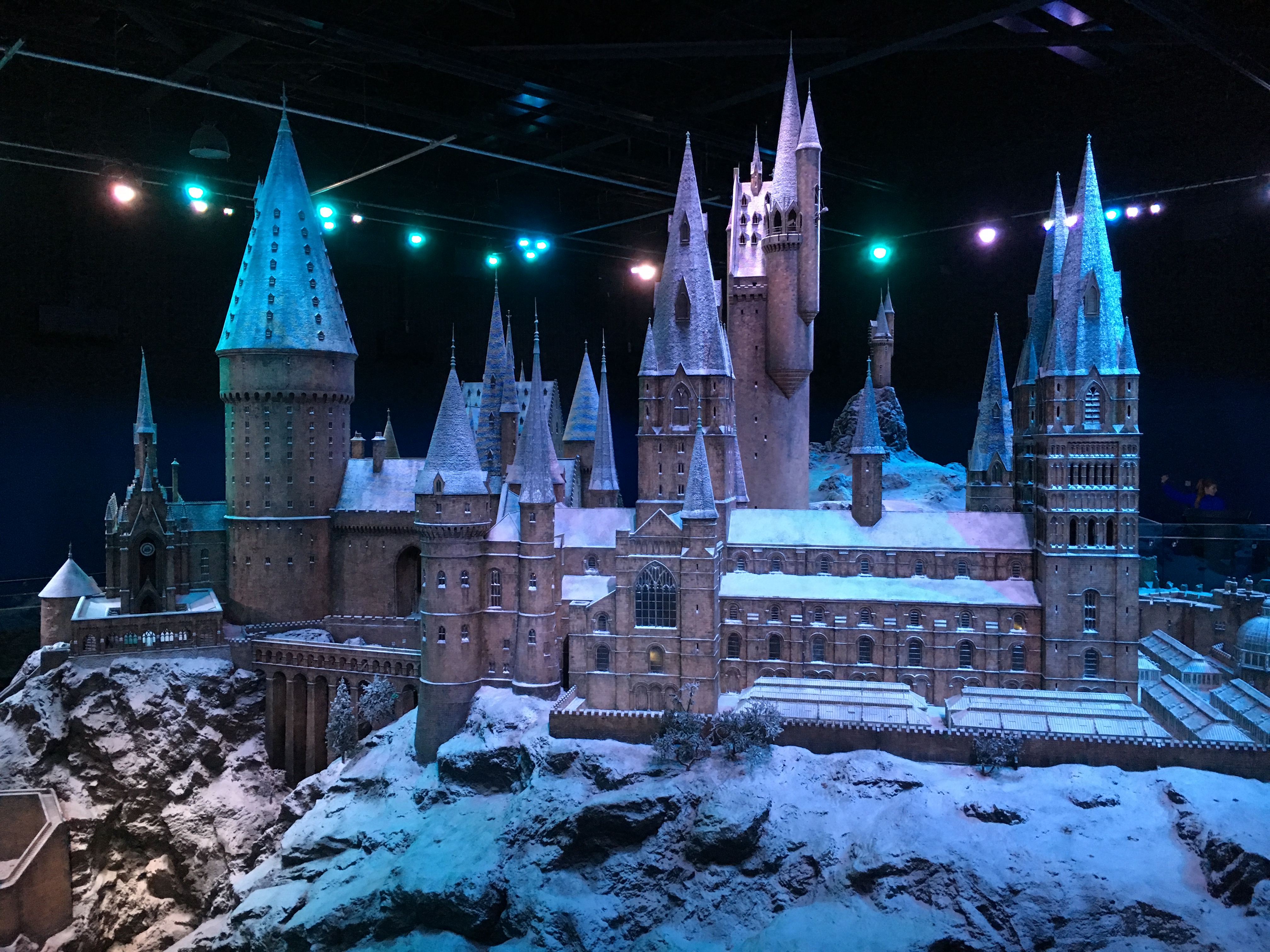 Hogwarts in the Snow

London: I had a spare day so I went into London and did the touristy bus tour, but it rained a fair bit so I didn’t see much. I did visit St Paul’s Cathedral though, which was beautiful. 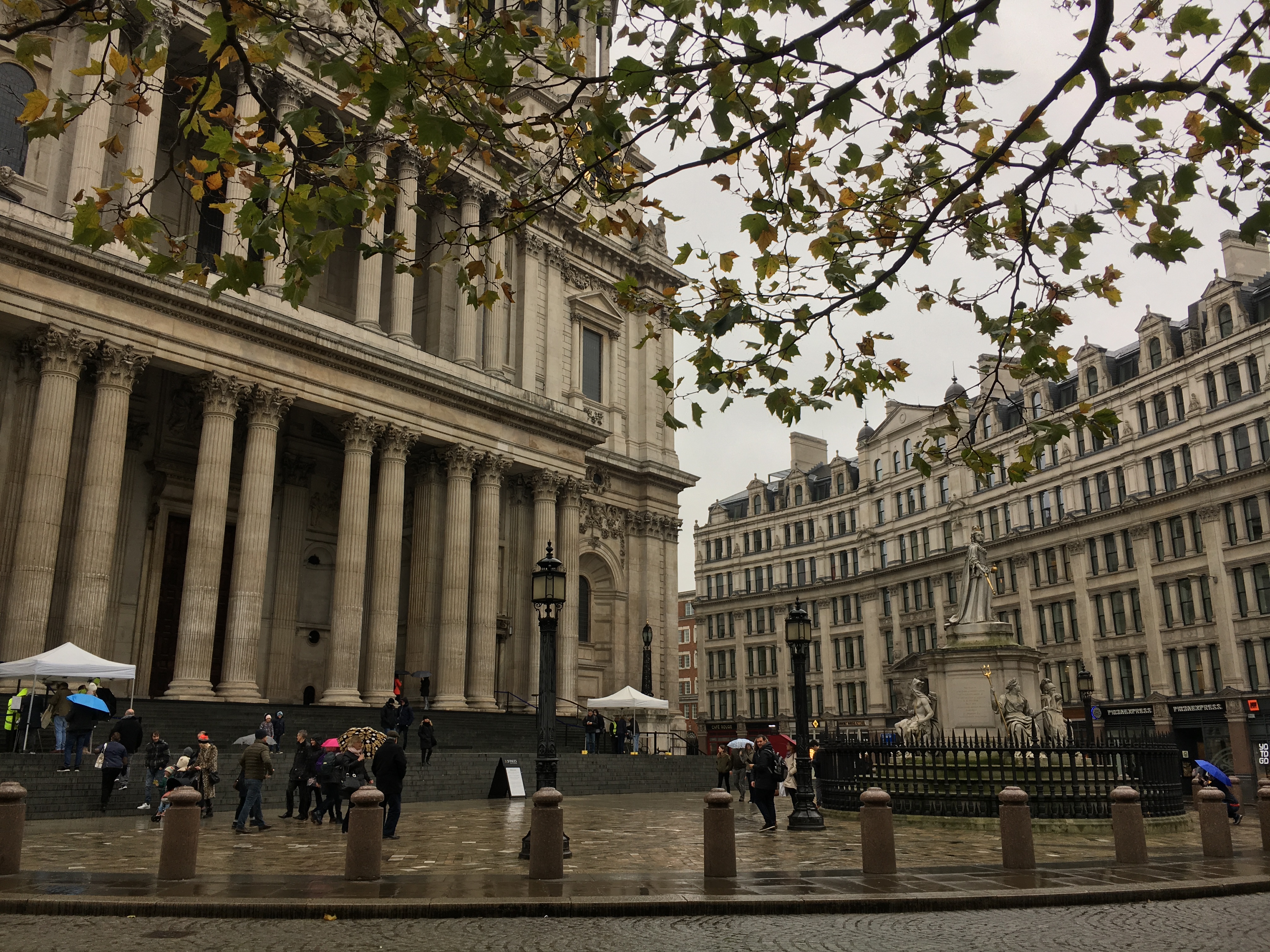 Bletchley Park: just around the corner from the Bletchley train station; super easy to get to and very interesting, even if you’re not into computers the stories about people who lived and worked there are fascinating, especially if you like a bit of espionage drama. 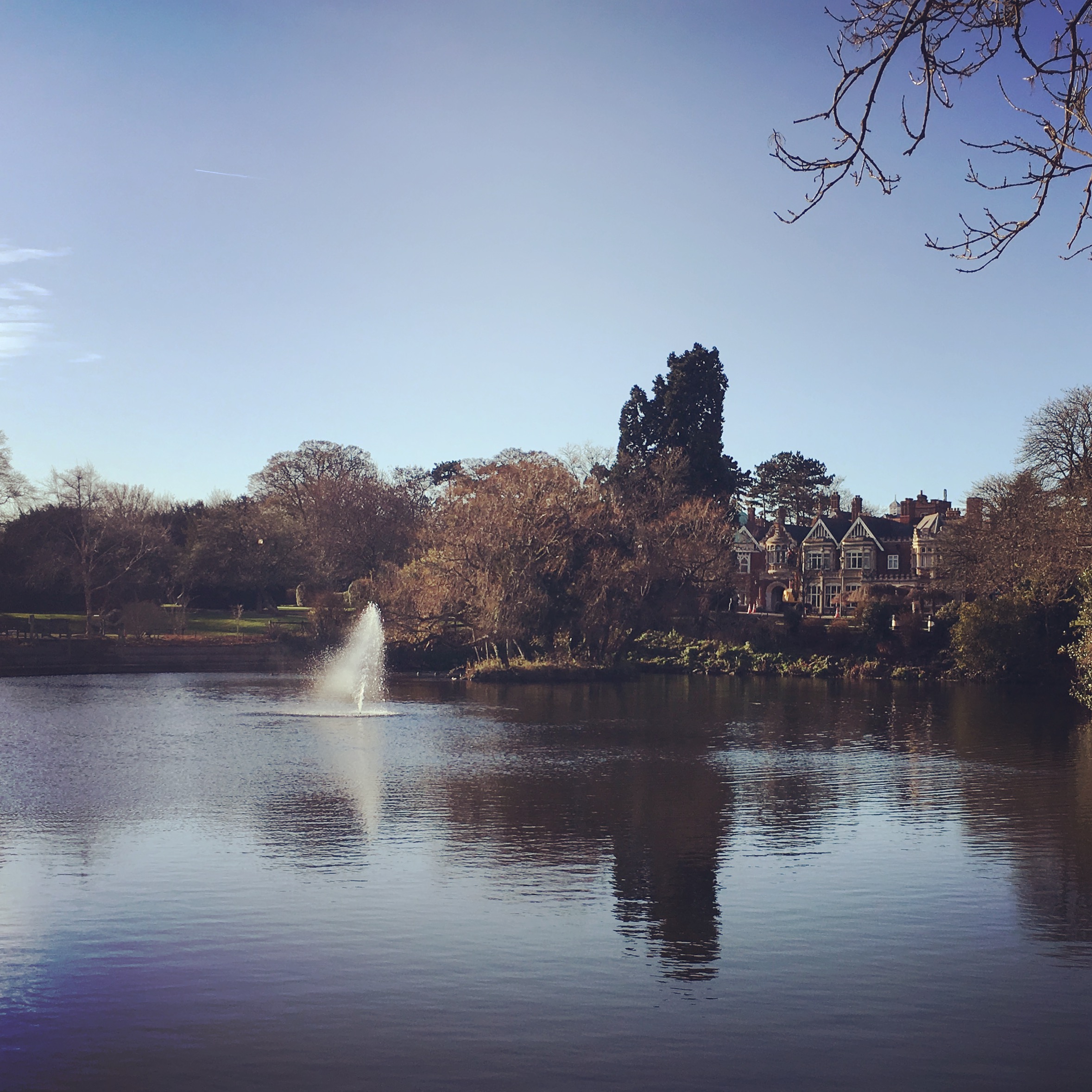 Cambridge: Getting there was a drama due to train delays, so I really only had time to look around Kings College Chapel, but I did get to go punting on the river (and by that I mean I went on a ferry version that had a professional punter). It was pretty cold but well worth doing. The views of the colleges from the boat were beautiful, and the punter had lots of information about them all. Plus they only charged me student prices because I “looked like a student.” 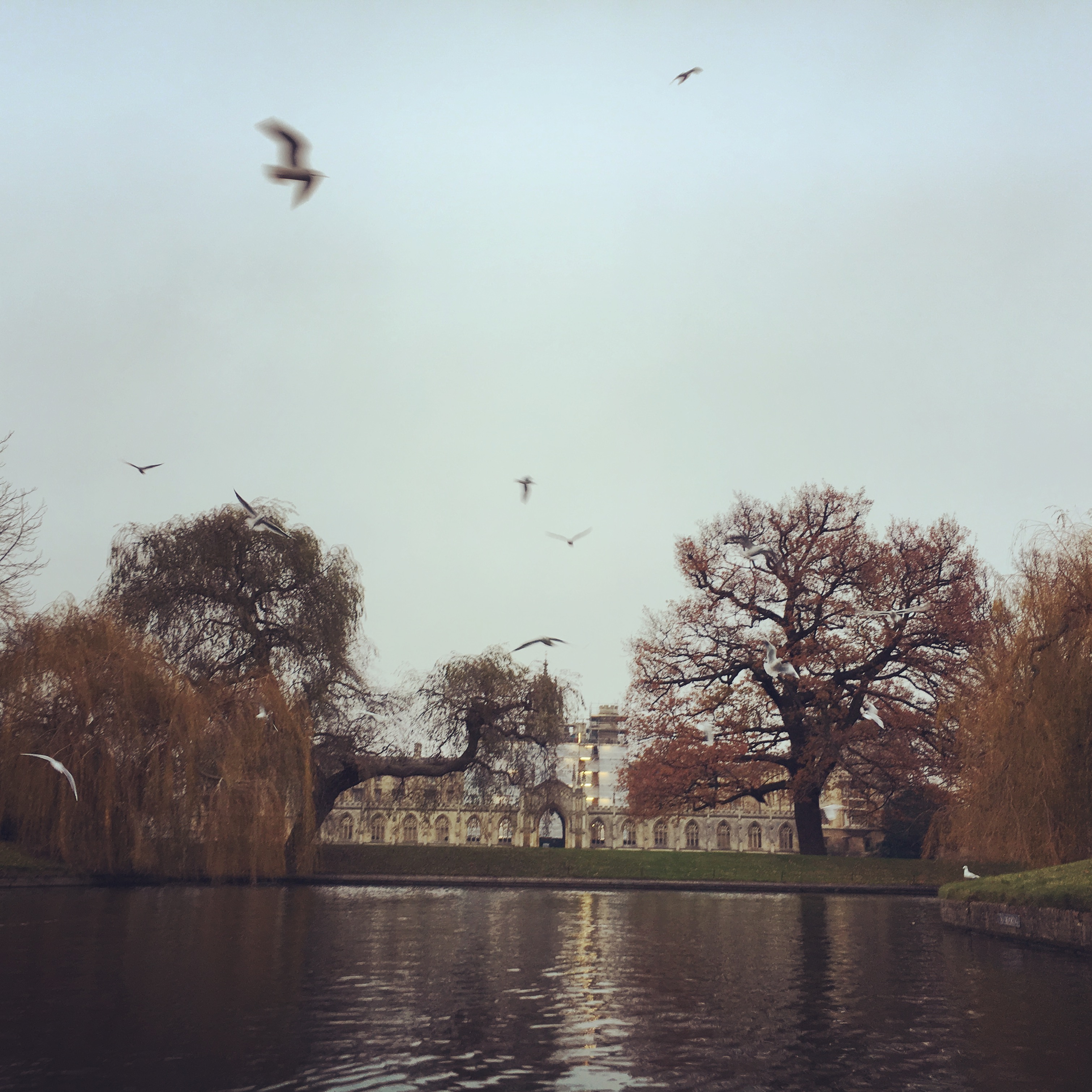 I started from Milton Keynes; after taking a few scenic laps around the city as I tried to figure out the roundabouts, I set off for The North.

Day 1- Sheffield: I mostly visited Sheffield for its proximity to the Peak District. I stayed in a lovely Airbnb, which really put my mind at ease as I had not used this before, let alone by myself. I recommend checking out the reviews before booking one; this one had Superhost status and I felt comfortable staying there by myself. I went into Sheffield itself- it had some Christmas markets but not the atmosphere of other places I visited. The rest of my time was spent exploring further afield. 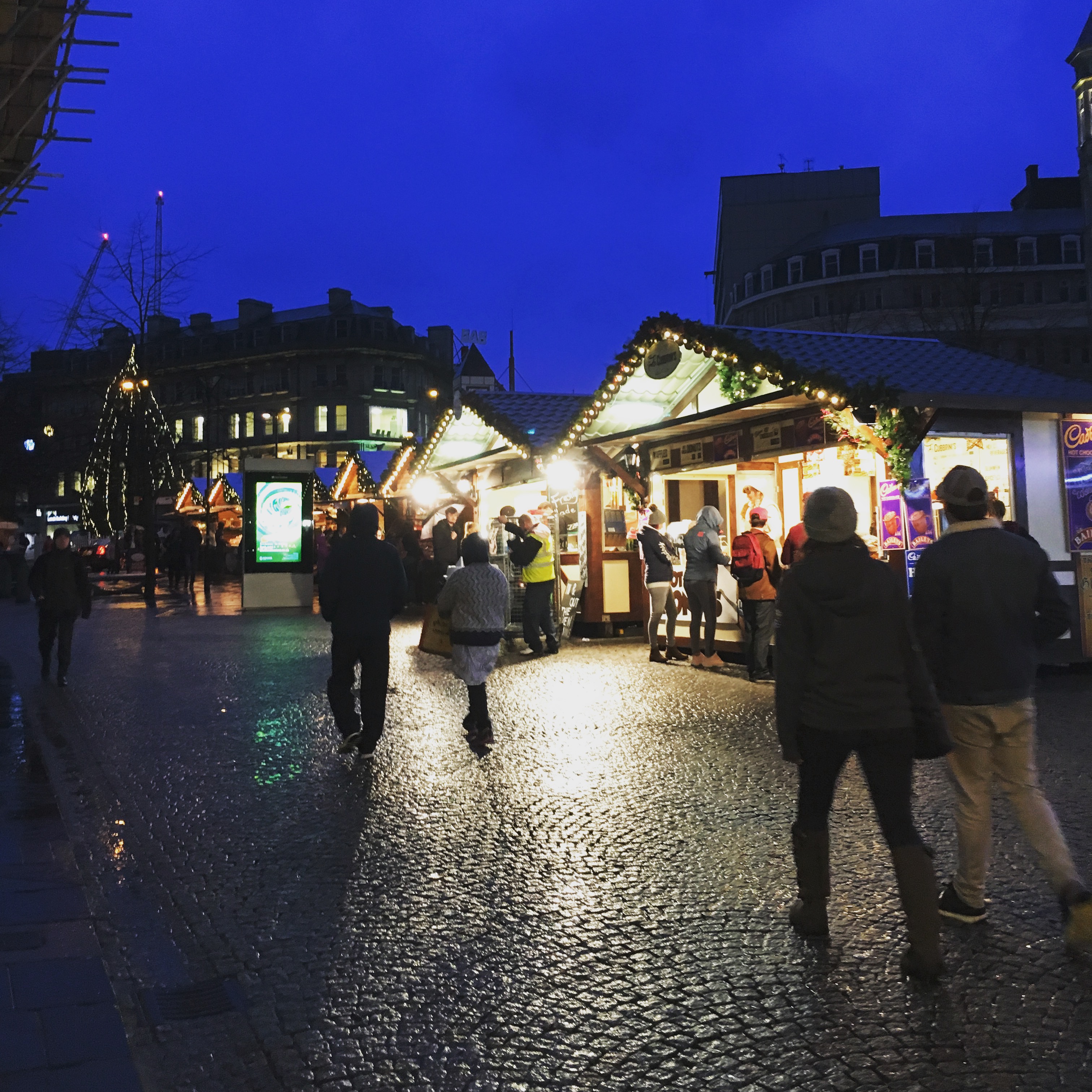 Day 2- The Peak District: I almost left this off my already busy itinerary, but I was told it was well worth a visit. Plus, Chatsworth. Home to the filmic version of Pride and Prejudice’s Pemberley. It may be a stereotype but I was ready to embrace all things Jane Austen. I stopped at Bakewell on the way, which was a quaint town with a river flowing through it. The villages of the Peak District all felt much more isolated than areas like the Lake District- not in an inconvenient way, in a peaceful way. From Bakewell I drove to Chatsworth, and it did not disappoint. You know how you can build something up in your mind so the real thing is not actually as great as you imagined? Not the case with Chatsworth. It is truly a grand house and the gardens and surrounding hills were more beautiful than what they seem on film, especially in autumn. Plus the house was “decorated for Christmas” and they had markets in the grounds. The next day I considered visiting another location in the Peak District, but pressed for time I headed off for Yorkshire. 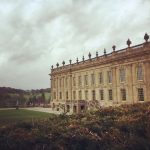 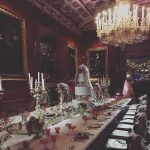 They went with a Charles Dickens Christmas theme 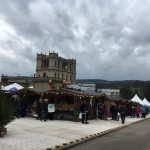 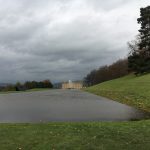 The grounds at ‘Pemberley’

Day 3- York: I stayed at another Airbnb in York. The family I stayed with were lovely and the home was a quick drive in to York city centre, which I loved. I hadn’t had a particular interest in it the last time I went to England, but my interest steadily grew over the intervening years as people kept saying how nice it was. Apart from the wonderful architecture and history, what I also loved was the homeliness. Maybe I was just getting more comfortable travelling on my own, but there was something about York that reminded me of my hometown; it had the vibe of somewhere you could walk down the street and run into someone you knew at any time. I looked around the beautiful York Minster and went to the Christmas markets – the wooden huts, fairy lights and fake snow were like the ones in Chatsworth and Sheffield, but by now the temperature had really started to drop so the lights and scents of mulled wine and those fruit decoration things were extra cosy. I also visited the Shambles, full of old timey shops, and the gardens. 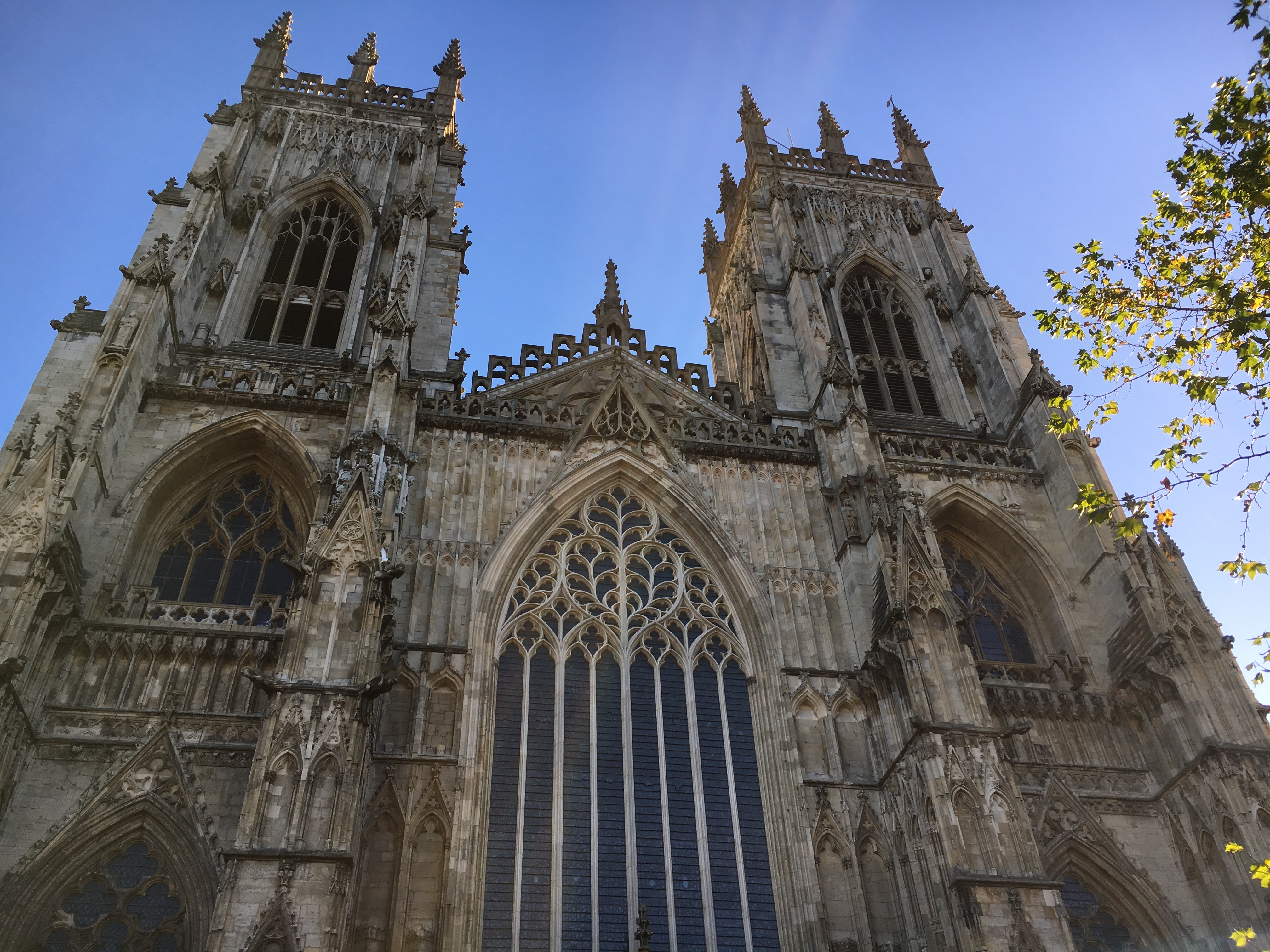 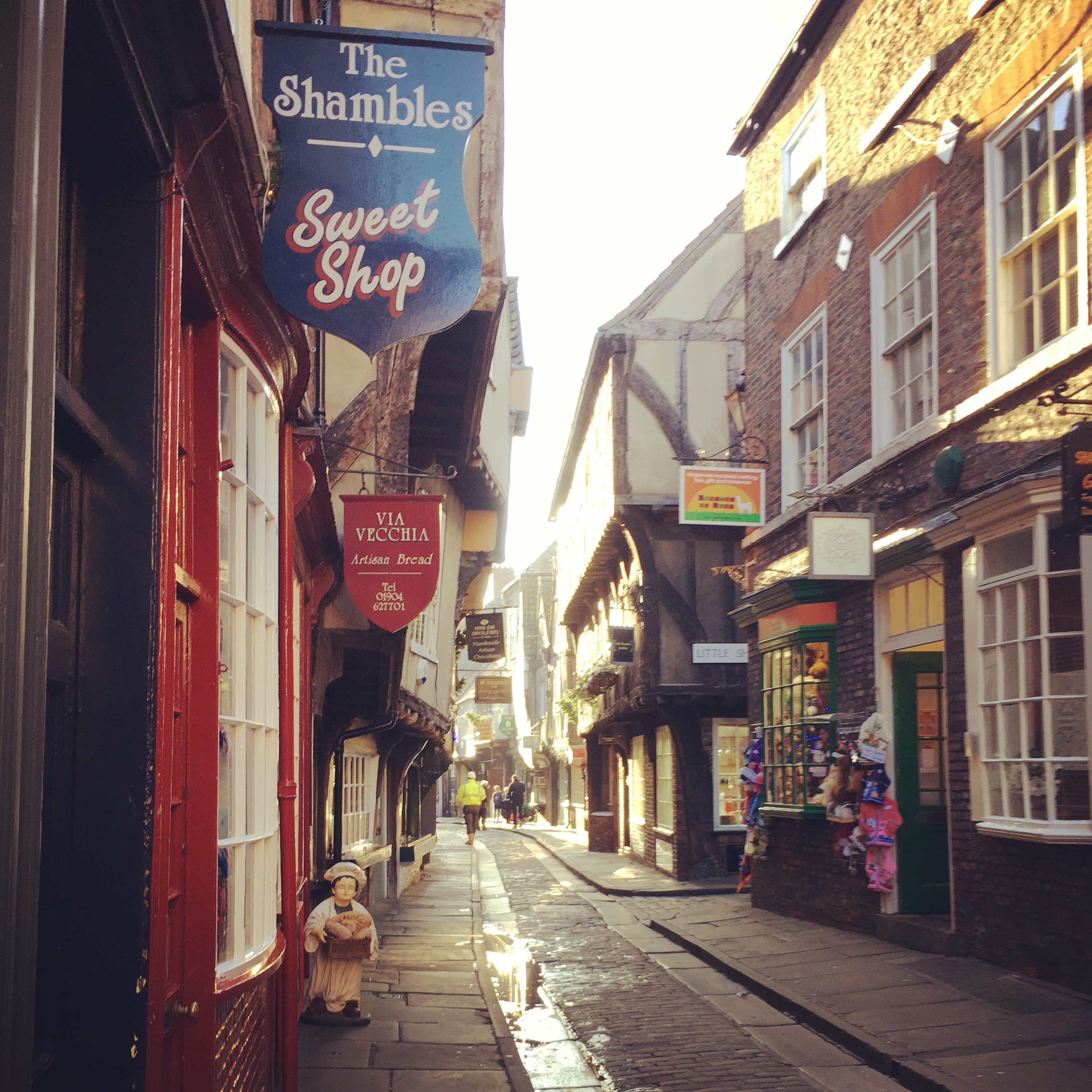 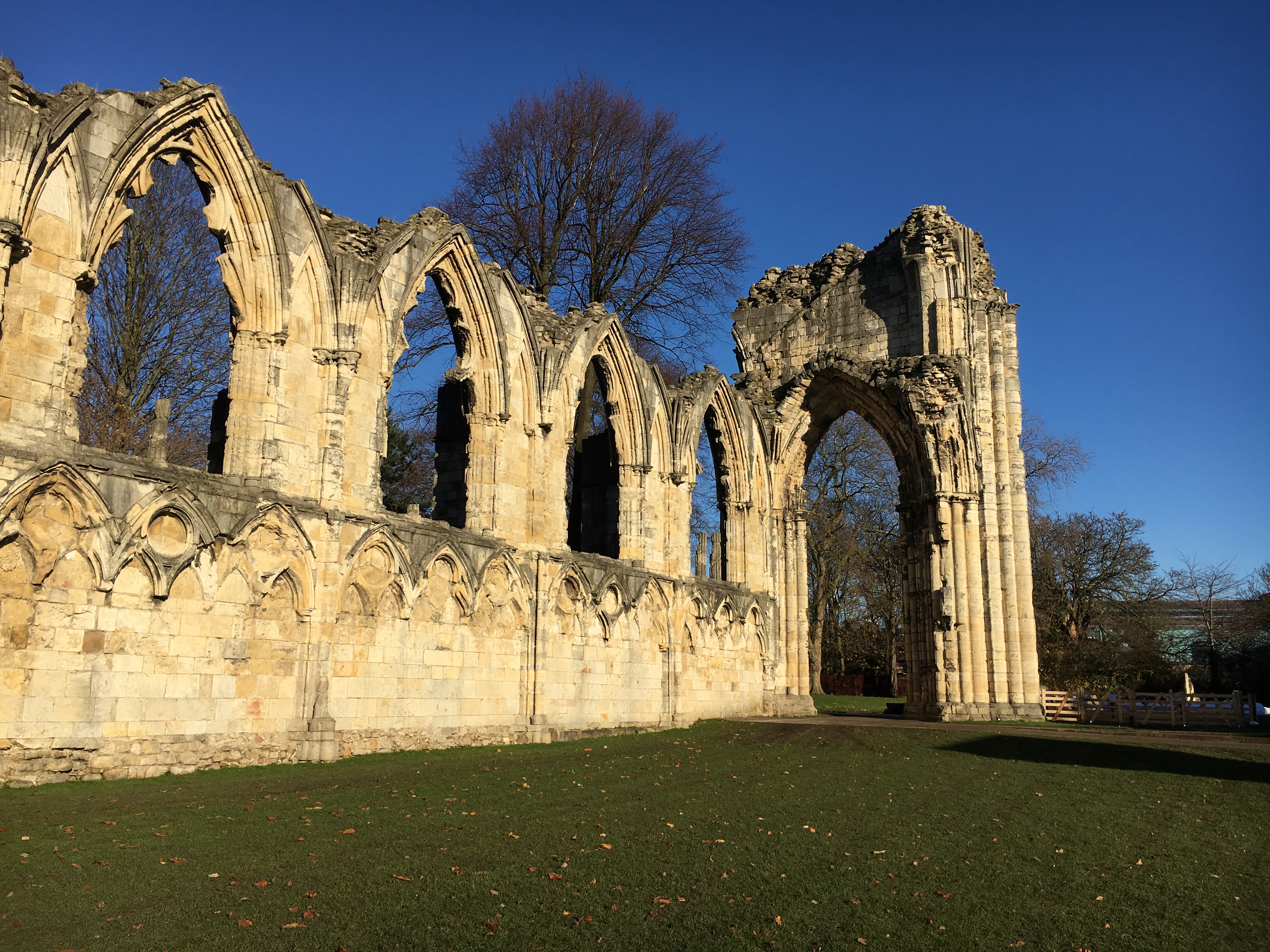 Day 4- Castle Howard: I went to Castle Howard as a day trip from York, but I loved it so much I’m giving it its own section. It is, like many places in England, a grand house with beautiful grounds but like, to the max. The grounds went on for ages and had excellent views, and the house was beautifully decorated for Christmas. There was a room full of fir trees so the whole house smelt like Christmas, and each room was decorated in a different theme. I may have even liked it as much as Chatsworth. 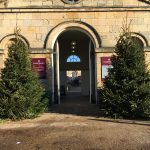 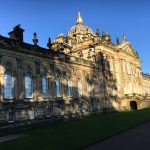 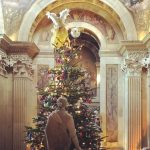 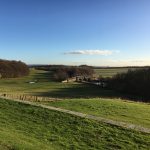 Day 5- Haworth: After my brief stint in York, I headed for the Lake District via Haworth, home of the Bronte sisters. As I drove, I noticed that the frost I’d seen in York had become more common, and was in fact, snow. This being a novelty I pulled over to take a few photos to prove that I had actually seen snow. So you can imagine my excitement as I continued driving and realised that it was not just a small pile on the side of the road, but covered the countryside. Haworth itself was a beautiful town. The main street is super steep but has lots of cute shopfronts. There was a Steampunk festival going on so the street was full of people in an odd array of costumes. The Bronte museum was fairly quiet, however, and an interesting insight into where the sisters lived and worked. 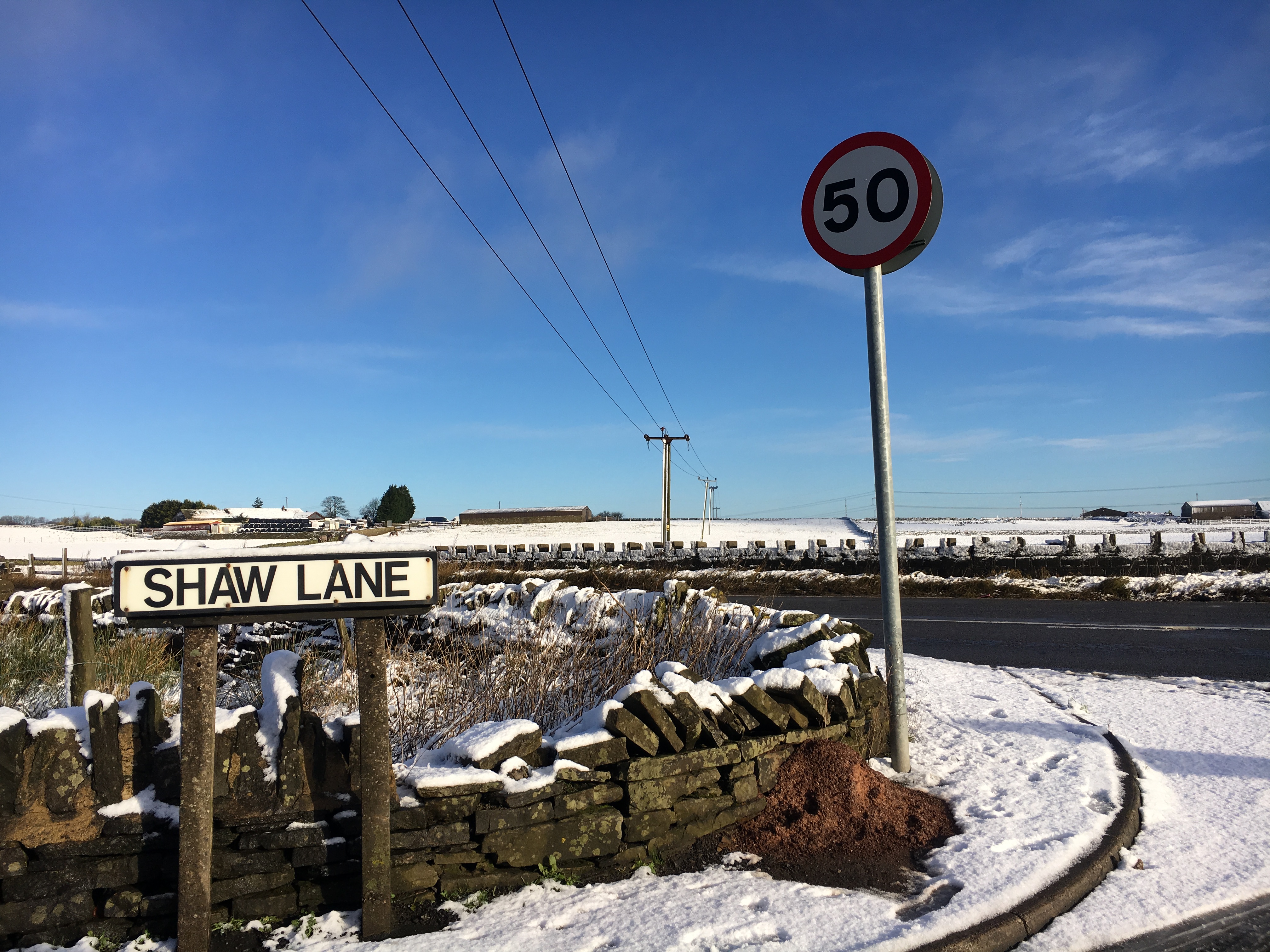 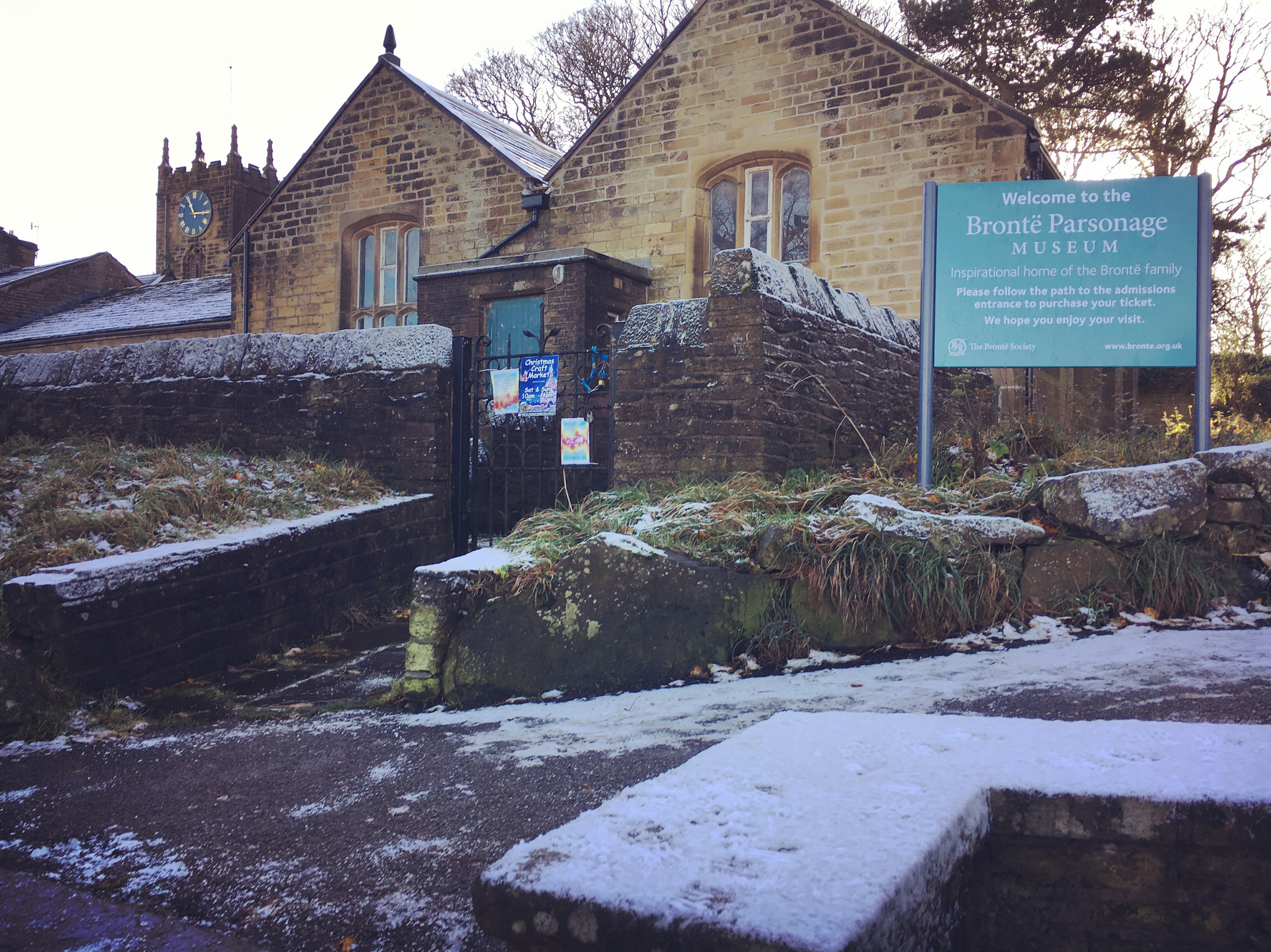 Days 5-7- The Lake District: One motivation for visiting the Lake District was my love of William Wordsworth’s poetry. I am a cliché in multiple genres. But I’d also heard so often how beautiful it was and had long wanted to visit. I stayed in a small guesthouse about halfway between Windermere and Bowness-on-Windermere and this was definitely the best guesthouse I stayed in. Apparently everyone in The North uses the term, ‘my love’, as a term of endearment, and this was no more obvious than at the Rosemount Guest House, where everyone from the owners to total strangers passing in the hallway used it as a greeting. It rained a fair bit while I was there and, being on my own, I was hesitant to try any of the long walks the area is known for, but I did wander around Bowness on my first night, then the next day drove to Ambleside where I walked around Lake Windermere, with beautiful views of the snow capped mountains. Later I went to Grasmere and explored the Wordsworth museum and nearby village. The Lake District was also home to Beatrix Potter, but her home was closed at this stage. Windermere and Bowness were quite touristy- despite being late November lots of people were visiting for the weekend, which had the bonus of making the area quite safe for travelling alone. In the interest of honesty though, by this point I was wishing I had other people to share the fun with, not something to deter you from travelling alone but something to be aware of. 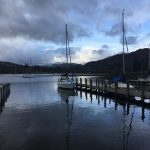 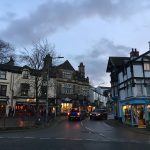 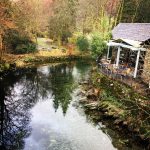 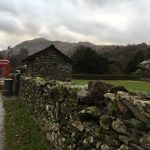 Days 7-9 Edinburgh: I’d been to Edinburgh once before, but only did a walking tour of the famous locations, and didn’t go into anywhere, so this time I did as much of that as possible, plus an open top bus tour. It was sunny that day so I could sit on the top level and see lots, but also, freezing. Edinburgh was just as beautiful a second time though. I visited the castle, museum and Holyrood Palace. That evening I met up with a friend from Perth who now lives there and checked out the festive scene in Edinburgh. I went to a lot of Christmas markets (they were in nearly every city I visited) but I think these were the best- they even had actual Christmas music playing, which was surprisingly absent from most markets. (NB I don’t think Wham!’s ‘Last Christmas’ counts, but given the frequency it played on the radio I feel like most of Britain disagrees with me.) I had to leave the next morning to catch a train back to Leighton Buzzard (when the guy at Boots in the station asked my destination his response was “I’m so sorry”. I’d already adopted LB as my local station though so his Scottish sarcasm was powerless.) I returned to my relatives in Wing for rest, laundry and a break from Wham! 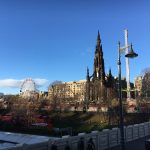 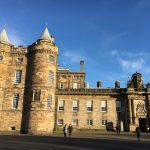 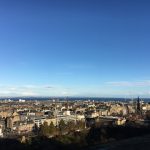 So my time travelling The North came to an end. While I loved all of the travel I did around the country, I have to say the areas around Yorkshire and the Lake District were some of my favourite parts of the trip. Next post I’ll share my travels in the south of England.