I am currently surrounded by piles of my belongings as I pack to move for the third time this year, while also getting ready for an overseas trip and preparing to start a new job. I am living the millennial stereotype, minus the pastel hair, with the avocado obsession. But as much as I can make light of this, having to move again is not my idea of fun.

The Census recently tweeted the below image proclaiming that 1 in 3 young people had moved in the last year, featuring smiling young people apparently pleased with their nomadic lifestyle. The tweet received some flack for, in part, the issues many people had with the online census (which some people still seem to feel very strongly about), but also because, as several readers pointed out, they don’t actually like moving around so much. 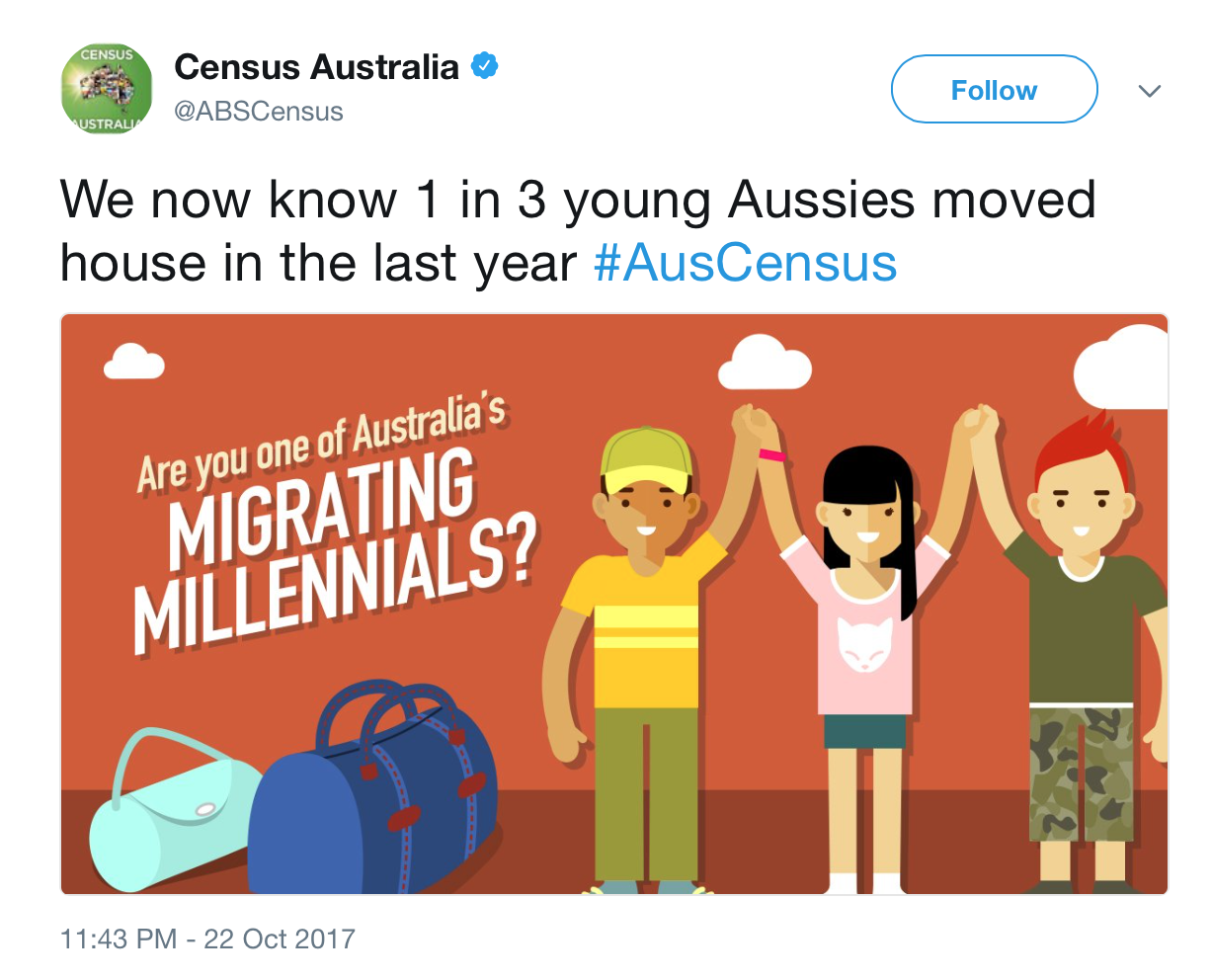 It is a fair point (the moving part, I think we can move on from the website debacle). The other day I read about someone moving five times in the ten years since finishing uni and thought, ‘is that all?’ I have lived in 8 different places in the nearly 6 years since finishing my degree, including a stint living back home with my parents, just to complete the millennial stereotype, and am about to move again. I’m pretty sure I would have had to move at the same rate during my degree too, were it not for choosing to stay at a residential college. I didn’t have the option to stay with my parents during that time, as they live a 5-hour drive from Perth. In fact, the reason I moved back there recently was because I didn’t have a job lined up, so needed the financial support. The downside was I had to leave the place I’d made my home over the last several years, and if I wanted to apply for jobs back in Perth, it involved a ten hour round trip for interviews.

Therein lies one of the issues with the carefree image portrayed of millennials whimsically house hopping and sharing with an inevitably zany group of housemates. There is a more serious side to the stereotypes of my generation, such as living with parents, choosing to travel and buy brunch instead of a house, or changing careers like we change our puffer jackets. Sure there’s a truth to those, but for the most part I’m not moving in and out of houses because I don’t want to commit to a mortgage, but because life has not been as straightforward as a house deposit requires, and relying on other people to rent from and with regularly leads to unexpected changes. When you have no choice but to rent, particularly for my fellow rural and regional friends, finding stability can be difficult.

I have moving down to a fine art by now, with one bedroom worth of possessions, plus a coffee machine, so just the essentials, but it’s still a painful process. My optimistic friends see it as a chance for a new start, being able to add a creative touch to their new abodes, but no matter how much or little furniture you have, it’s a hassle to pack and unpack, not to mention the prior admin of finding places, visiting, filling in forms and all the other minutiae. I have been fortunate to mostly move into established share homes, but even in a renter friendly market I find myself in a regular state of upheaval. Reasons for having to leave generally involve the owner deciding to sell, plus the usual life changes that accompany one’s twenties, such as housemates moving for work or getting married.

At this point I want to acknowledge that my life is a lot easier than others. I could live with my parents, even if it required moving cities, and I have always had the generous provision of houses, temporarily or longer term, for which I am grateful. I also realise that many people are choosing experiences over owning their own home, as have many of my friends bought their own homes already. There are people facing far greater challenges in the world, but having the ongoing experience of a lack of home and job security, I know how these issues can eat away at confidence and lead to frustration, so I find the response ‘you realise we don’t enjoy this’ to the Census’ statistics totally valid.

We need to acknowledge when people in our society are having a hard time. It is literally loving your neighbour, and while it is easy to joke about millennials’ lack of commitment, this is often a consequence of living in a rapidly changing world. The decisions of others have had a significant impact on my circumstances, and I had a solid base to start with. For people who don’t have friends and family who can help them out, these problems can quickly turn from uncertainty to having nowhere to go. I don’t expect the Census to change this, but next time you read about young people’s transient nature, consider whether you could lend a hand or a couch to someone who might need it. I love Australians’ generosity, but we are not always the best at helping people find places in our society, particularly when they are different to us. Showing understanding to someone you know or meet could be a good way to start working on that.

On a positive note, I’ve found there’s usually an upside to wherever you end up living: 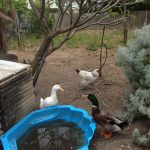 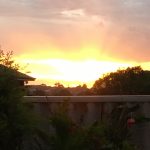 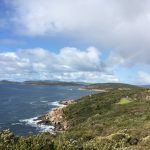 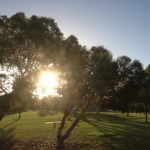 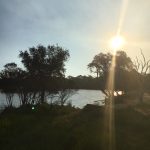 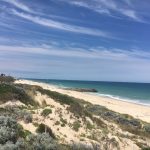